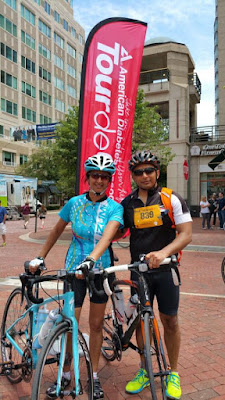 Dr. Meera Sutaria and her husband, Harsh Sutaria, will be participating in the 2015 Baltimore/DC Ride to Conquer Cancer®, a two-day, 150 mile cycling journey through the Capitol Region to raise funds that will support breakthrough research, exemplary teaching, and compassionate care at Johns Hopkins’ Kimmel Cancer Center, Sibley Memorial and Suburban Hospitals. However, they can’t complete this huge feat without your support! Visit dc15.ridetovictory.org or contact Insight Eye Optique to learn more about the ride and how you can help support their journey!

As part of their generous sponsorship to the Bram Brew Fest, Eclips Day Spa and Salon chose one lucky winner to receive a full make-over at their salon.  The first of their Brambleton Summer Makeover Series was lucky winner, Helen! 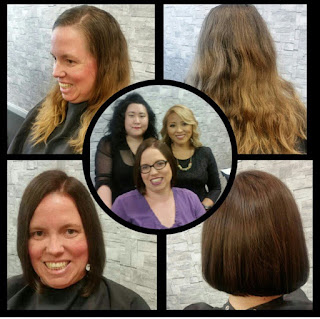 Helen entered because she wanted something new and easy to manage, as well as something that would impress her husband. She had the same style for the last twenty years, and being a busy working mom – not much time for herself. Helen was absolutely open for anything and super excited. She wanted something easy to take care of. Robin cut over 6 inches off her hair and drastically changed her color to a rich chocolate brown. Yer applied her makeup and finished her new look. After the team was done she was very pleased with the result! Helen was great to work with and she looked beautiful.

Save the date for the Brambleton Grand Prix – Sunday, July 12th!
Looking for some local excitement, then come out to Brambleton and watch this exciting bike race! The 6-corner, 1-km course was a great success as an inaugural event last year. The course is smooth, short and smoking fast.
Evolution Cycling p/b Long & Foster is proud to announce that the RGS Title / Prosperity Home Mortgage Brambleton Town Center Grand Prix will be held on Sunday, July 12, 2015.
There will also be kids’ bike races at 11:30AM – 2 classes:  4 to 6 year olds and 7 to 9 year olds. Helmets are required. Parents can register their children for the kids’ races at the event on the day at the Long & Foster tents in front of the theater.  More info can be found here! 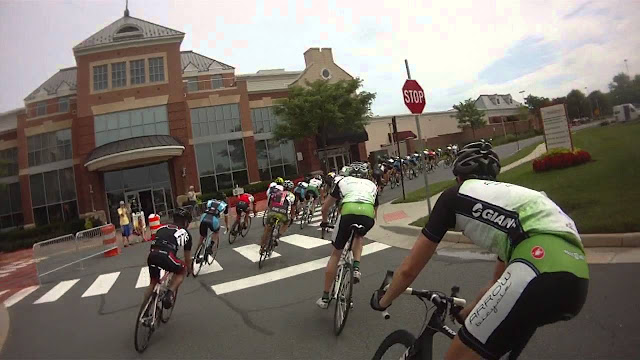 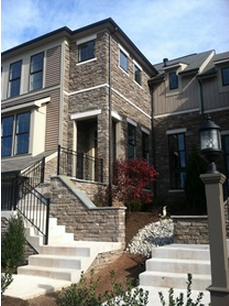 How Does Investing in Brambleton Compare to Loudoun County?

RE/MAX Gateway Brambleton
42365 Soave Drive, Suite 200 – Brambleton, VA 20148
Brambleton Community Association News
June 2015 Newsletter – This is the latest monthly community news from the Brambleton Community Association. Click here to view the June Newsletter and click here to view the New Resident Handbook (iPad friendly). You can also follow their latest news LIVE on Facebook.  If you would like to advertise in their monthly newsletter, please email communications@brambleton.org.  View the Media Guide here.

Sponsorship Opportunities – The Brambleton Community Association is always looking for area businesses who would like some exposure and advertising.  A great way to do this is through Brambleton event sponsorship.  There are a lot of options available, including customizing packages to make them work best for your business. Download the sponsorship form here.

The nation’s top-selling master-planned communities sold homes at a quicker pace in the first half of 2015 than they did in 2014, increasing by approximately 15%, as lot inventories increased and market sentiment improved in various metro areas. For over 20 years, RCLCO has conducted a national survey identifying the top-selling MPCs. We recently surveyed MPCs throughout the country to determine the top-20 selling communities for the first half of 2015. As a group, total sales were up from 2014 levels, with most developments experiencing strong increases in sales volume.